After two years without participation in a world endurance race due to the COVID crisis, eXcent has once again joined the ITeM 17 team for the 24h Spa-Francorchamps 2022.

The opportunity to test the new version of the eXcentive fork and the new electronics developed in collaboration with EGEA ENGINEERING, Mectronik and ECU Master for data acquisition.

After a half-hearted pre-test, the team worked hard to get on the starting grid of the mythical SPA-Francorchamps circuit.

It has been an intense week for the whole team, but it has lived up to its ambitions. For the first time the objective of top 15 was reached! This is very promising for the future in view of the performance of the new eXcentive fork and the electronics which showed its potential. 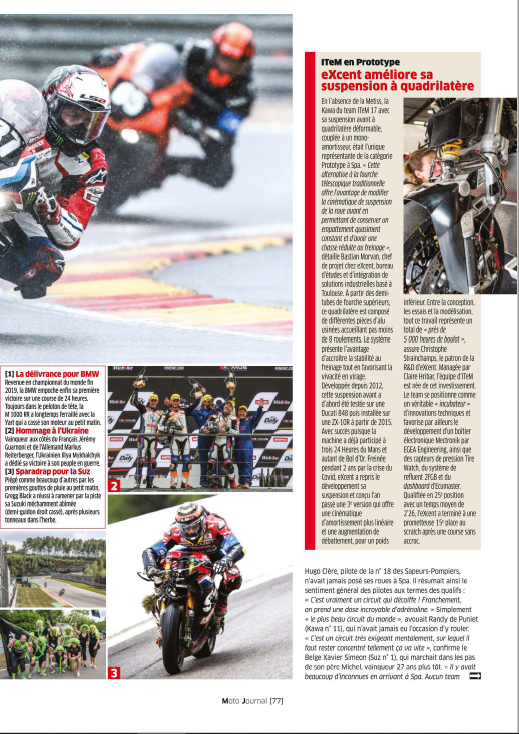 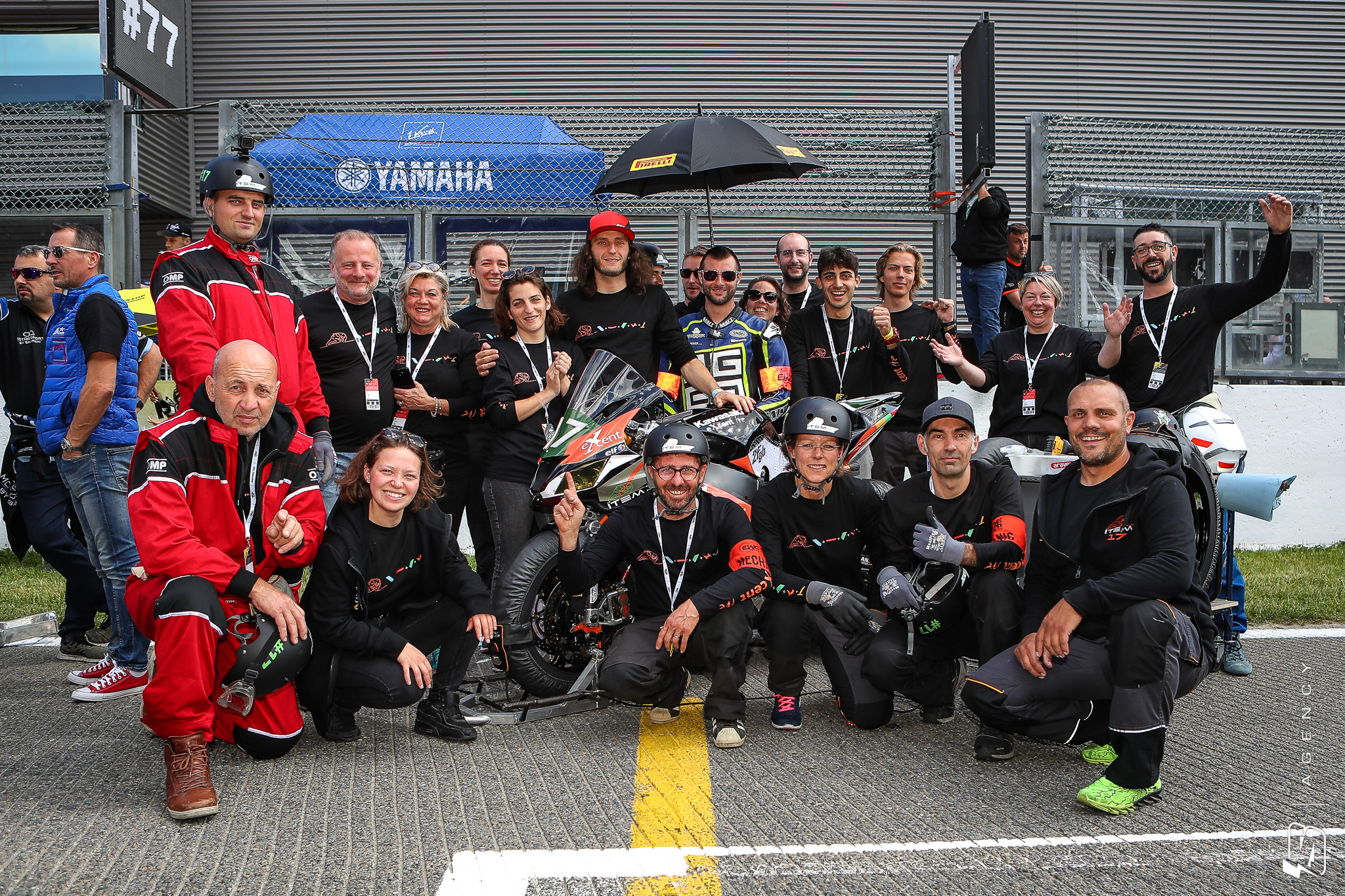 The eXcentive fork: a patented and innovative solution

The fork present on the 24H Motos is an alternative to the traditional telescopic fork that equips the vast majority of motorcycles. Consisting of a deformable quadrilateral, positioned below the steering column, this unconventional system has several advantages:

Today, with the same engine and tires, I go faster with the bike equipped with the eXcentive fork than with a classic bike !