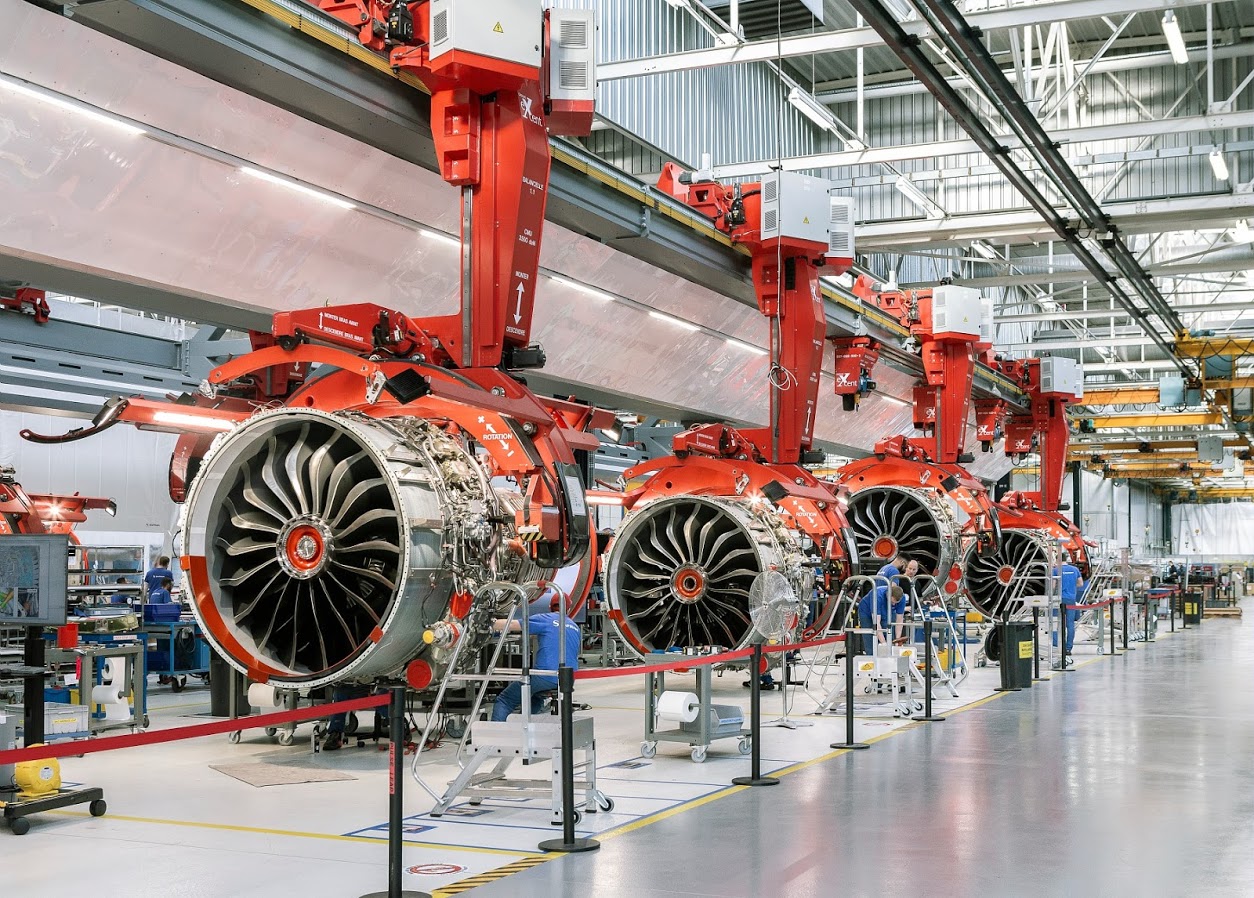 After archieving the portals of pre-series of the same engines, eXcent won the studies and realization of the double-assembly line of the three versions of the LEAP engine. The “PULSE LINE” is a model of innovation, ergonomics and reliability.

In March, eXcent won the studies and realization of the double assembly line of the three versions of the LEAP engine: LEAP-1A (for Airbus A320neo), LEAP-1B (Boeing 737 MAX) and LEAP- 1C (for the Chinese COMAC C919 aircraft). eXcent realized in 2014 the pre-production gantry cranes of the same engine and it is thanks to Snecma’s positive experience feedback that the “PULSE LINE” was designed.

The already existing gantries ensuring the first production engines were declined in the form of suspended pods. The name of “Pulse line” or Pulsed Line, comes from the decomposition of total assembly time into equal phases of assembly of 8 hours of work (Takt time). At the end of each cycle, the engine moves from one position to the next. During the various assembly steps, each swing has an innovative degree of freedom allowing the motors to rotate around their motor axis. This allows the fitter to work ergonomically on areas hitherto accessible by specific steps or leveling system. The work is now always up to the editor! Always in the optics of maximum ergonomics, the Pulse Line’s lighting has been designed and implemented with the users to eliminate any shadow zone for a perfect vision of the engines on all the stations.

This assembly line, the first part of which will be put into service in July 2016, is spread over an area of ​​1,200 m2 (60m x 20m) to handle these 2.5m diameter engines for 3 tons. The set creates an airy and aesthetic work environment that contributes to the renewal of the image of the factories. The two assembly lines can accommodate a third line, already planned by eXcent in the form of a “Plug & Play” connection, depending on the evolution of the load to come.